Hey there. Sorry this is coming out so late today. I was in the ER last night with my hubby who has a nasty spider bite on the back of his neck. So, while he’s in a venom-induced fever, I thought it was a good time to hop over and get my Weekly Obsessions out for the world.

Oh, and he’ll be ok. He won’t be turning into Spiderman or any other Avenger. Because, let’s be honest, if I was ordering up an Avenger, I’d get Thor… not Peter Parker.

Nah, he just needs lots of antibiotics and rest, but this list is for him!

(As an Amazon Associate I earn from qualifying purchases made when you click through adds on this site.)

Y’all know my hubby isn’t feeling well when he willingly hands over the television remote and lets me choose what I want to watch – without putting up a fake fight – the dude is sick.

Since he is REALLY into Halloween – like crazy into Halloween – I wanted to find something we would both like. So, I started scrolling through food vloggers from some spooky holiday inspiration.

Enter Kawaii – now I am only vaguely familiar with this concept of cuteness, but I am hooked now. Rachel from kawaiisweetworld has the cutest Kawaii Cake Pops on her show. I am making the pumpkin pops this weekend and will let you know how they turn out.

Y’all it is finally feeling cooler in my neck of the woods. Now normally I would use that as an excuse to snuggle up with an extra cup of coffee. Unfortunately my thyroid meds and big doses of caffeine don’t mix.

Don’t worry – I’m still good to sip on one cup of coffee in the morning. I just can’t chug it like a frat boy at kegger.

So, it’s far better for me to slowly ingest my recommended daily allowance of caffeine, and to that end I have discovered Apple Chai. Now, I have a local coffee shop that makes an Apple Chai that tastes like an apple pie in a mug. This Twinings Spiced Apple Chai Tea is a close second to that, but at home.

So, what is perfect with a cup of tea?

The only acceptable answer: A warm pancake-waffle hybrid in the shape of Mickey Mouse.

I got this pancakey waffle maker for my birthday, and we love it. It is so easy to use and clean. And it’s fun.

But what makes it obsession-worthy now? Well, we had more than enough waffle mix to make a batch, but not enough to save to make a batch later. Sooooooo, we made it all up, and had like 15 Mickey heads of goodness. We had Mickey pancakes for days. And days.

This is the actual Mickey Waffle Maker I got several months ago.

And if you want a perfectly sweet batter to go with this waffle maker, we like the Krusteaz Belgian Waffle mix. We’ve tried lots of waffle and pancake mixes. We even made some from scratch. All are good, but this one is – in my opinion – the best so far.

It’s the perfect comfort food for the infirmed, spider-bitten husband in your life.

My hubby’s appetite has been weird this week. This spider bite has him craving weird food at weird times, but he has had stronger-than- usual cravings for sweets. Now, he’s never had a particularly strong sweet tooth, so this has been a crazy week. But I love to bake, so when he said he wanted a fresh pumpkin pie, I was all about that.

Then, my daughter, who wasn’t feeling well, herself, chimed in asking for a cheesecake… y’all know I had a plan.

But it needed to be easy and quick to whip together. Enter The Novice Chef. I baked it, set it to cool on the counter, and it became clear I needed to take my hubby to the ER before he turned into Spiderman. So Into the fridge it went, and by the time we got back home, it was perfect! PERFECT, I tell you.

This is the first recipe I have tried from this blog, but given it’s success, it will not be the last. The pie was easy, baked beautifully, and was gone in less than 24 hours. I will be making this one again.

See what I was obsessing over last week, and the week before, etc.

October 9th: In which my daughter influences everything.

Want to share your weekly obsessions? Have an idea for a post or review I could do? Follow the Seriously, Y’all social media accounts and join in the conversation. 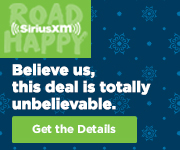